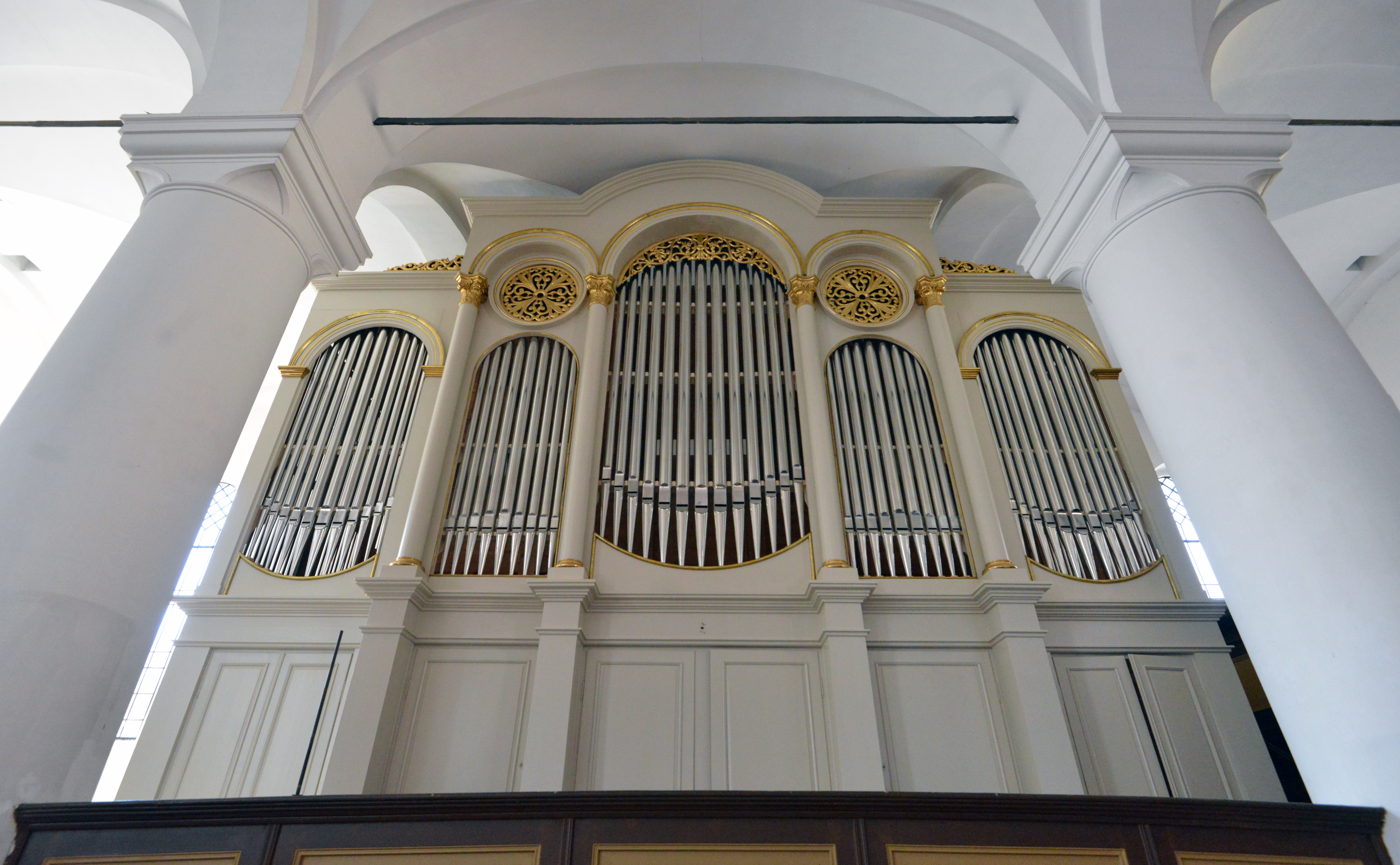 The history of the instrument

The congregation of the church has been contracted in 1872 with István Kiszel, organbuilder from Nagyvárad for a 3-manual organ with 47 stops. The master unexpectedly died before the ceremonial inauguration, in 1880. So his work has been inaugurated by his assistant, József Docekál who became the organ’s upkeeper and than its damager, since he stole and sale more piperows from the instrument. Later an organbuilder repaired the organ for some piperows but sometimes they paid with pipes for the church renovation so the reedpipes have been almost totally lost. Altogether two remained of eleven. In the 1st World War the prospekt Principal was requisited which implemented with lower quality piperows. The process has led to the organ sounded last in the 1980’s, even then it was barely usable, then in the beginning of 1990’s the instrument was completely silenced.

The Hungarian Government Commemoration Committee the total restoration of the instrument unusable for more than 30 years. The significance of this instrument goes beyond the boundaries and liturgical function of the congregation. It tells the most about the Kiszel-organ’s type for what its builder gave the best of his knowledge. It fits perfectly into the church’s architecture with which it forms an infinite harmony.

During the restoration we have had to revive long-forgotten technologies, materials and mostly mentality in order to give back the organ’s original sound. The curiosity of the instrument proved by the fact that basically it shows the 1860’s French aesthetics with a specialty that the South-German classicistic style also appears in its sound; the South-German flue pipe construction blends well with the Prussian reed pipe constructing traditions and the French romantic effect and technical background of Merklin which makes this organ really exciting and versatile.

This instrument is able to make the city a strong bastion of Hungarian organ education, the conditions of which are now not only given to the local excellent organists, but also in the wonders of a historical instrument to be discovered. The exemplary musical life of the Small Church has been remarkable in Eastern Hungary but with this organ its possibilities have been expanded which is thus also an opening for those seeking culture and God. 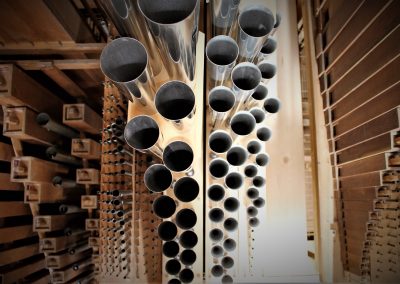 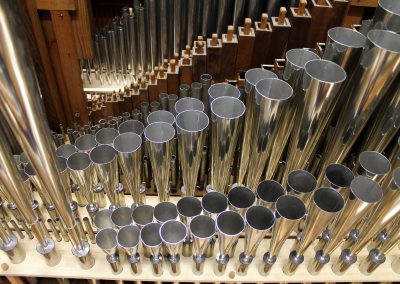 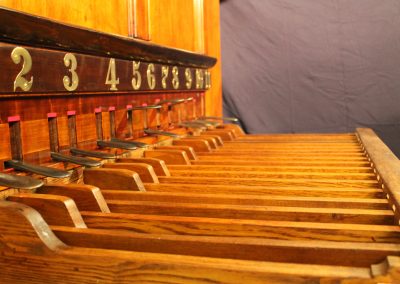 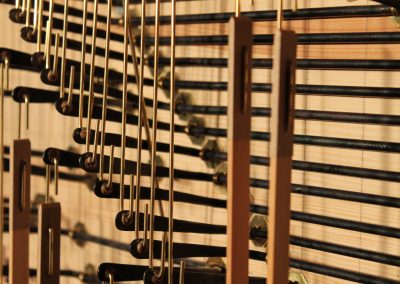 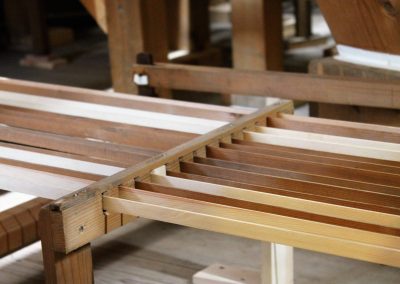 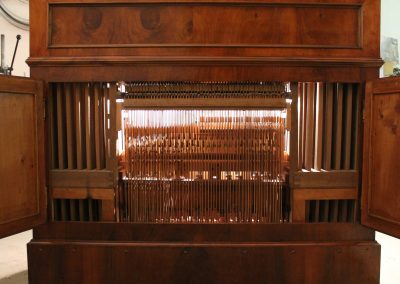 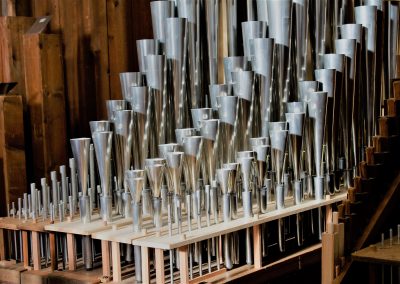 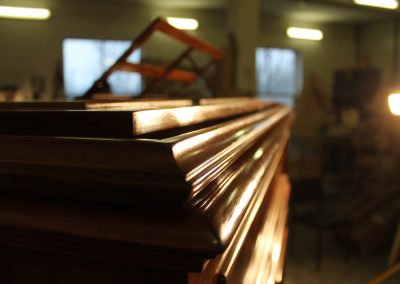 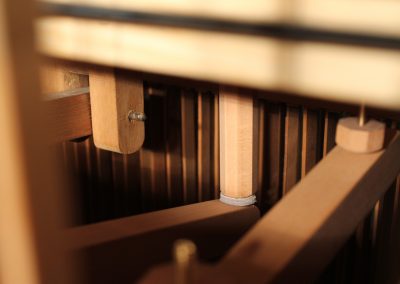 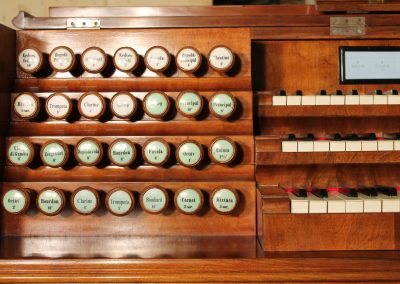 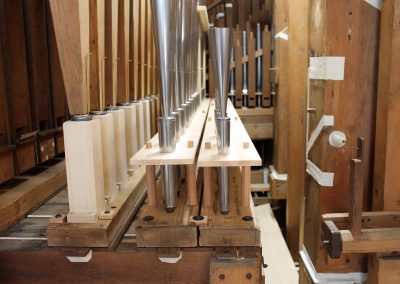 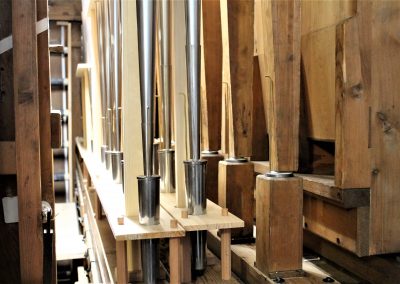 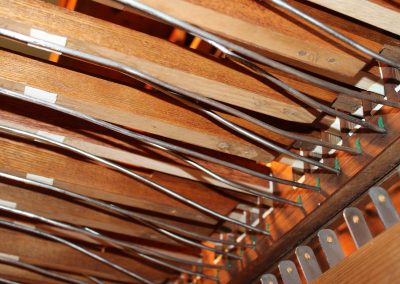 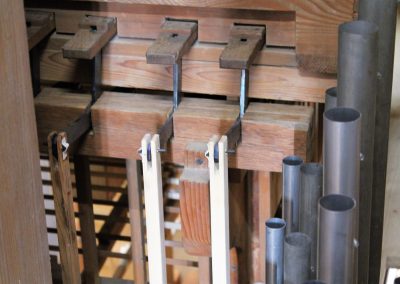 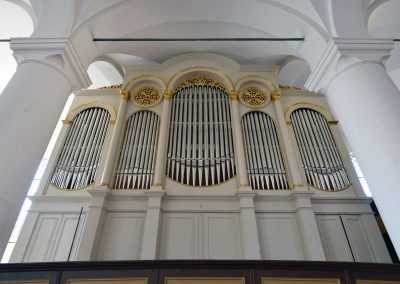 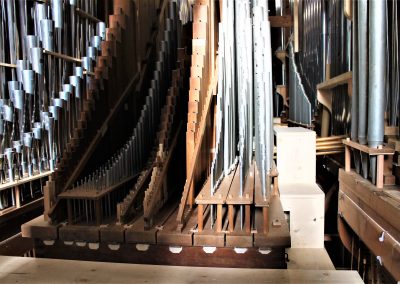 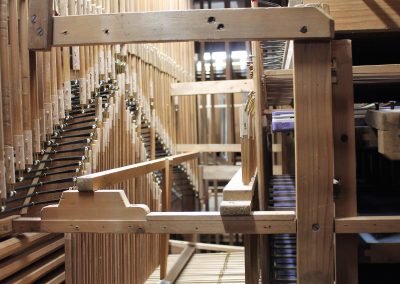 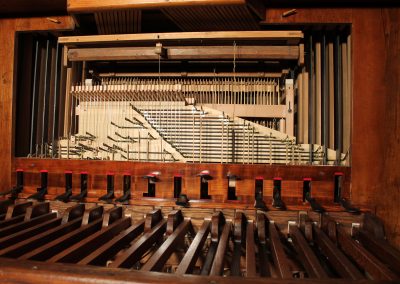 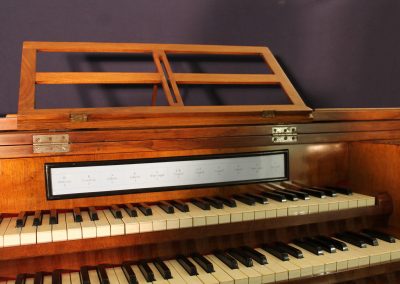 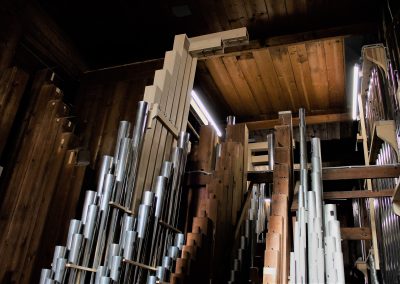 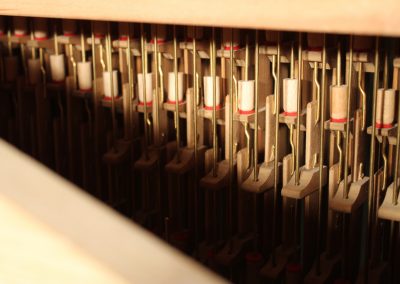 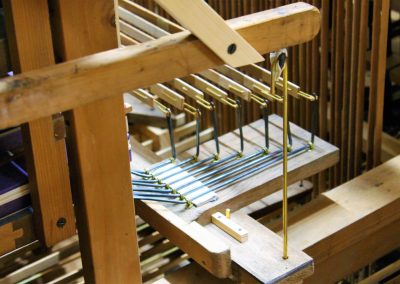 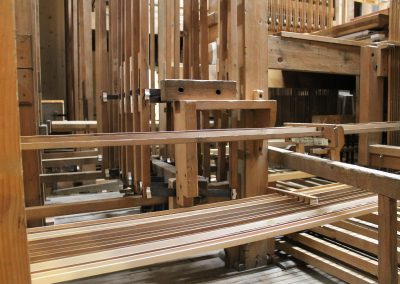