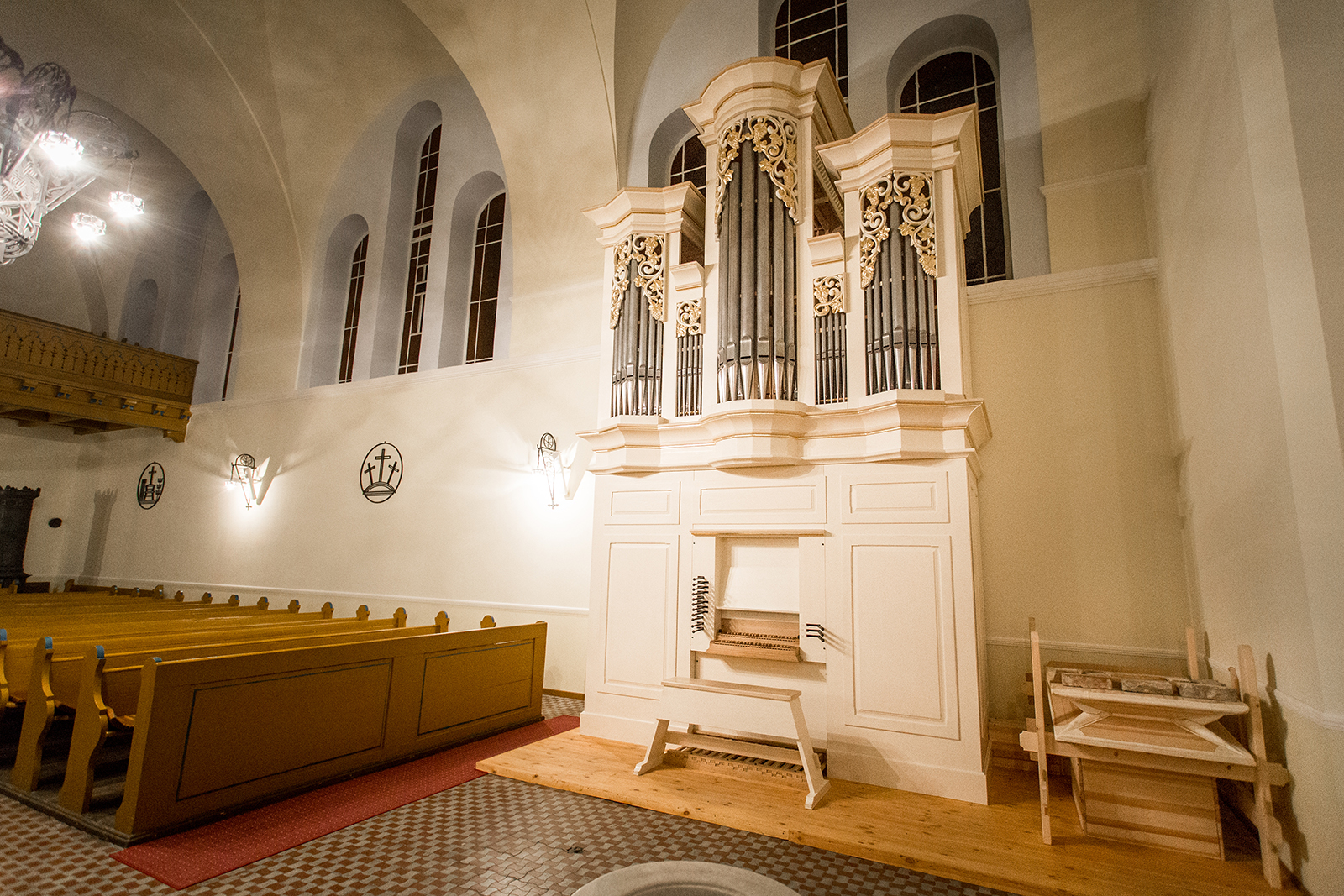 The New Aeris Organ of the Lutheran Church in Cegléd, Hungary

Our first own organ was inspired by the most beautiful instruments produced in Thuringia, the masterworks of Wender, Volckland, Trost, Hildebrandt, Stertzing and Schulze. Of these, the greatest inspiration was derived from Johann Friedrich Wender’s organ, built in the Bach church of Arnstadt in 1703, the instrument upon which Bach performed between 1703 and 1707 at his first church employment. We used Bach’s well-tempered tuning, to be found on the cover of Volume 1 of the Wohltemperiertes Klavier and reconstructed by Balázs Szabó, as a guide to tuning.

In our instrument, in addition to the traditions of Baroque organ construction – parts made from hardwood and forged iron – a new technology has been applied, the antecedents of which stretch back to Renaissance organ-building yet, which only spread in the second part of the twentieth century: the slider twin-chest. This twin-chest construction makes it possible for certain registers to be played either on the first or second manuals at will. With this, the opportunities for registration widen, while at the same time individual divisions return their unique character.

Our aim was to fuse together in a single instrument the sounds, key structure, wind supply and external appearance of organs known and praised by Bach. We are convinced that in this way organists will better understand the connections within Bach’s organ works and that the inspiration gained via the instrument will motivate them into deeper, more expressive music-making. 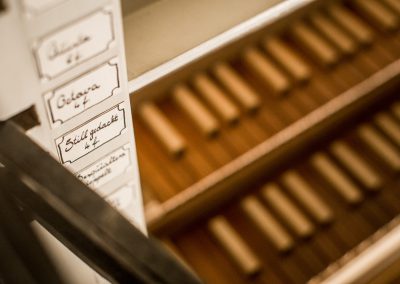 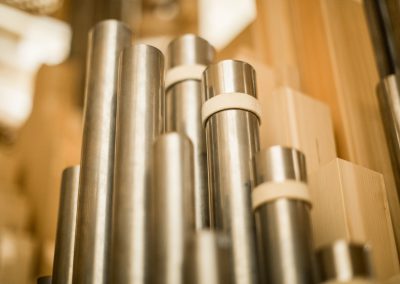 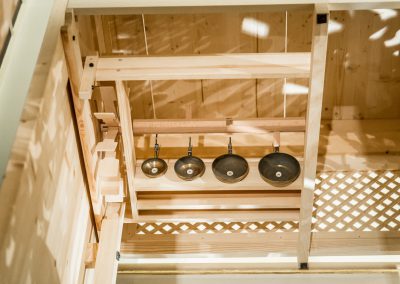 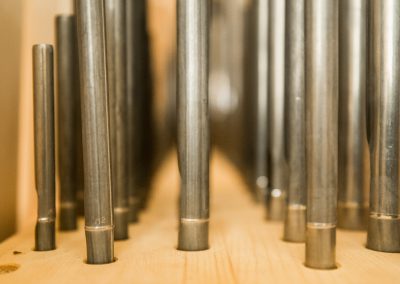 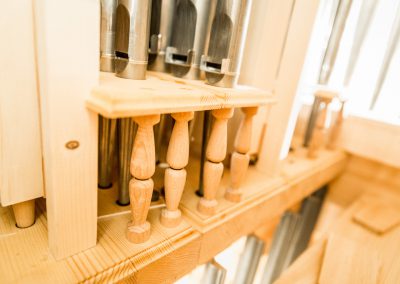 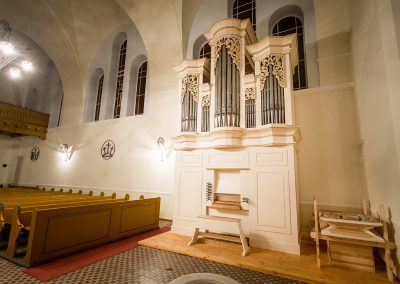 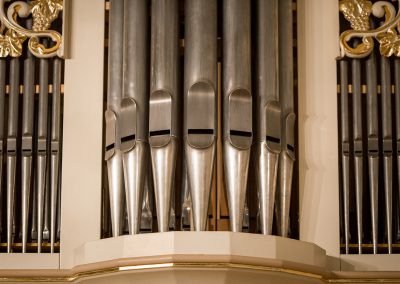 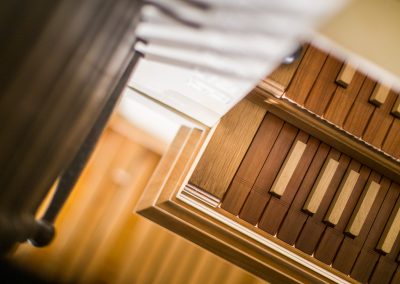