Middle-Europe’s first Spanish baroque organ is our Castilian instrument in Budapest. After an intense investigating of quasi ten Iberian historical organs we started to make the exact planning. The organ of the Santa María church in Tordesillas (by Phelipe Urarte, 1716) served as a model for our instrument by its sound, technical construction, measures, materials and building technology. Urarte’s instrument was restored by one of the most acknowledged Spanish organbuilders in the historical organs’ reconstruction, Joaquín Lois, who is also the maker of our instrument’s reed-parts. Thus, not only a copy-instrument has been built in Hungary, but an optically also determining part of the organ, the horizontal reeds and the bass-side Trompeta Real halfregister are also represent an authentic piece of the especially rich tradition of the Castilian organbuilding.

The 16 stops was built in one manual, bass-treble division, according to the era with ¼ comma meantoned temperature, on short octave (a’=415 Hz, on 21Co). By this solution we are able to registrate different sounding separately to the bass and to the discant. At the level of the organist’s knees sits the so-called rodillera, which is a laterally moving, knee-operated, stirrup-shaped lever permitted the reeds in facade switch on and off without taking the organist’s hands.

The rodilleras at the organist’s feet have the same operating principle, these are for to select between the Corneta Real and Corneta de Eco and serves the top of the latter’s opening and closing.

Three 5-rised bellows supplying the wind for the organ, set above the church’s suspended ceiling, for the really authentic sounding.

Only some forged iron parts blewing somewhat about the style what pled by the instrument. The organ just seemingly equivalent with the strech of the church; it’s mechanic and it’s sound summons the 18th century, serves as a musical bridge between past and present, visible and invisible, God and man.

Our deal was to make a compromiseless, point for point authentic Spanish baroque instrument. With this, the Hungarian rising organist generation’s opportunities broaden, herewith it may promotes the reinforcement of the highest standard catholic liturgical music. 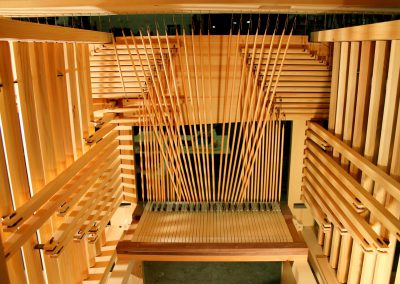 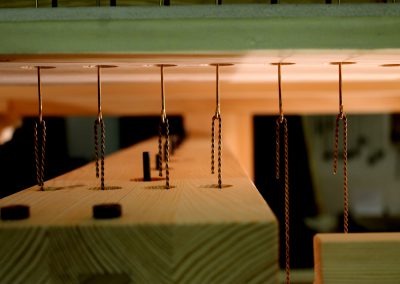 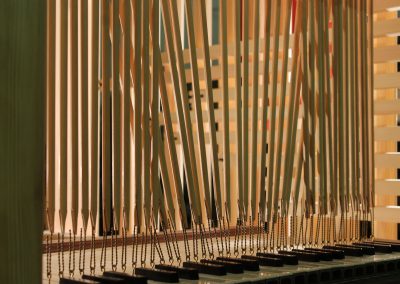 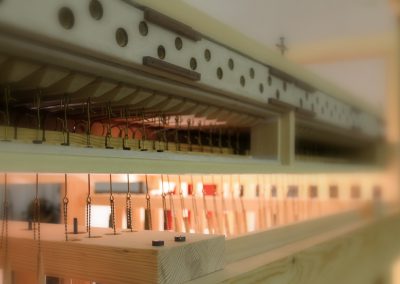 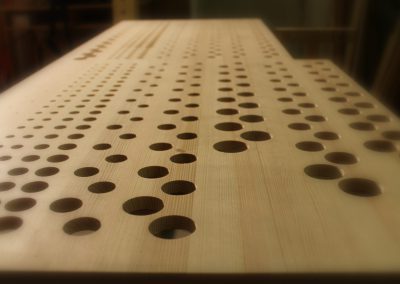 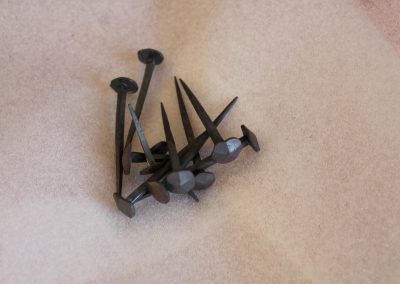 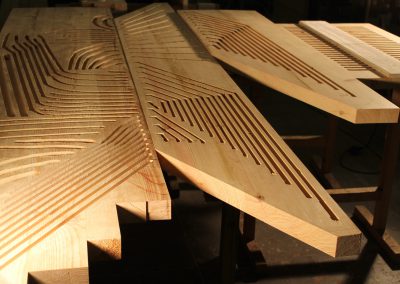 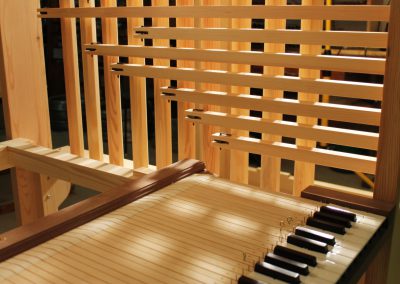 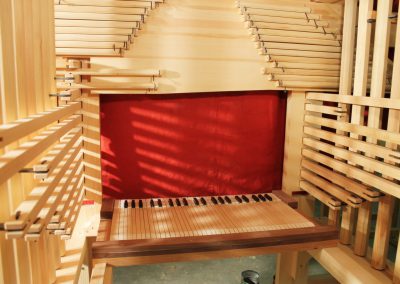 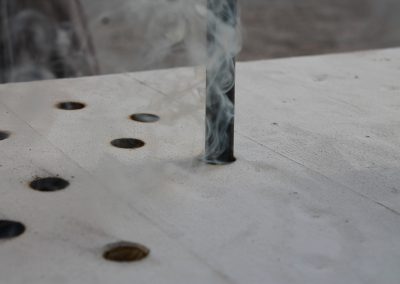 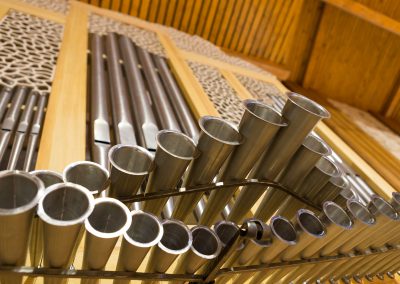 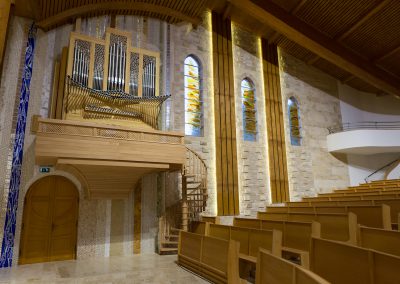